Posted on November 26, 2015 by bigjeffbristol 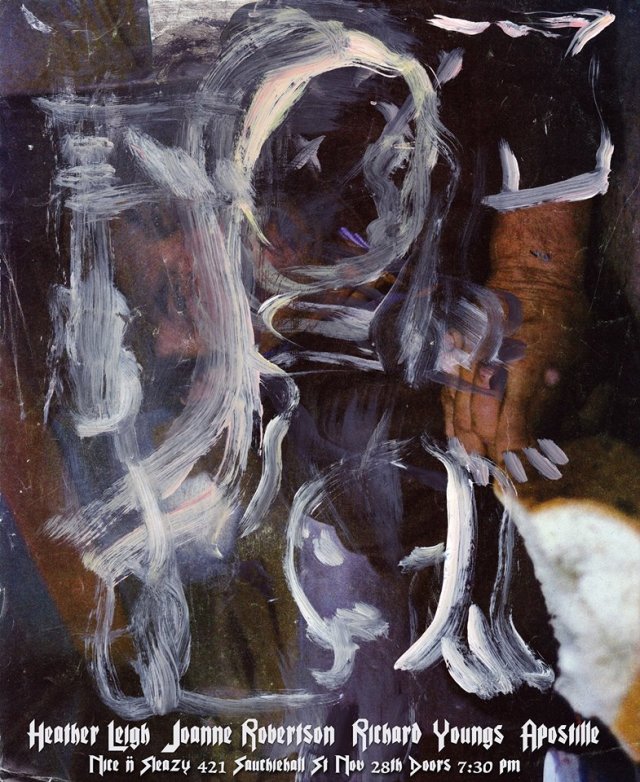 Heather Leigh is a Glaswegian singer slide guitarist who I dont know much about. so this post is done completely blind, but she is just about to put out an album called I Abused Animal on Stephen O’Malley’s label Ideological Organ.

If Fairfield Fantasy is anything to go by then it will be a record of beautifully lilting psychedelic folk. Fairfield Fantasy has wafts of gentle psychedelic warped melodies, that give the whole song a dreamy quality. Even with the plucking of the strings there is a kind of warped almost de tuned feeling.

Heather Leighs voice literally feels like as if it is leaping out of the speakers. Her voice has a very theatrical feel, like a highly strung version of Dead Can Dance, kind of operatic and largely expressive.

The grainy analogue quality of the recordings really play into the songs hypnotic atmosphere. It has the ghost like quality, which feels very spiritual and beautifully trance like.