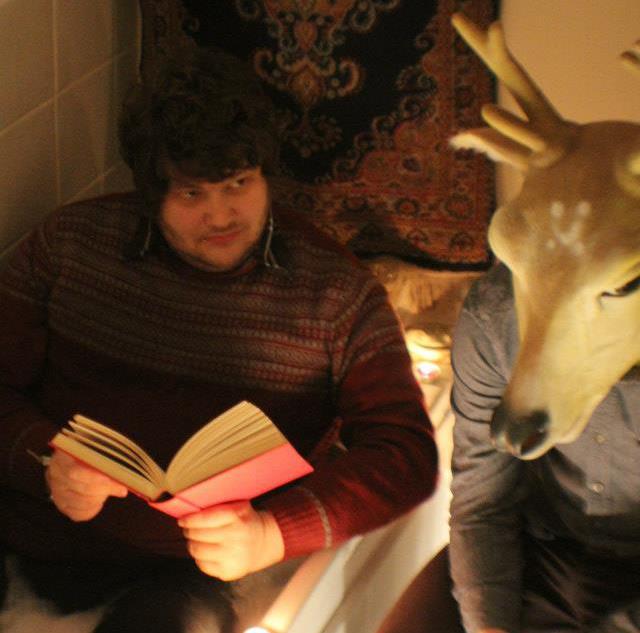 A lot of people out there know I have been shouting arse over tit about how good Oliver Wilde is, I know that some people see me as a constant hype artist. Someone who bigs up people too quickly sometimes.

But I do think there is something very special about Oliver and I am not just saying it because I am in this video, but he has the ability to transfix people with layers of melody and lyrical play. Taking an almost left field approach in his lyrical word play is something that really draws upon the emotions.

Perretts Brook is taken from Oliver’s début album A Brief Introduction To Unnatural Lightyears, which has rightfully in my opinion been getting praise across the boards from the music press (I have heard the album and it is superb). Not many artists will leave the kind of impression that Oliver Wilde has made in the past years let alone their entire careers.

The video for Perretts Brook features an all star ensemble of Howling Owl records, with members of Gumm, Spectres, The Naturals, Lets Kill Janice and Velcro Hooks and myself all mucking around on a country road and in a car with Oliver. The video is beautifully shot and directed by brothers James and Mark Hankins, it perfectly backs up the whole mood and atmosphere of the song.

A Brief Introduction To Unnatural Lightyears is released on July 22nd through Howling Owl Records. You can pre order the white vinyle through this link http://howlingowlrecords.bigcartel.com/product/howl22-oliver-wilde-a-brief-introduction-to-unnatural-lightyears-white-vinyl-preorder