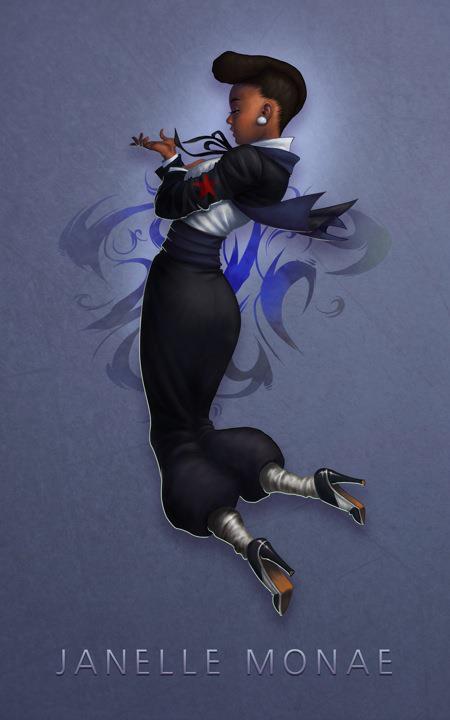 One of the more interesting characters in pop music over past couple of years has been that of Janelle Monae who nearly took the world by storm with her debut album in 2010 Archandroid winning numerous nods for album of the year and helping her become a house hold name in the states and is possibly one of the biggest names on Big Boi records, a label that she has been signed to since she was about 15 ( she can be heard doing backing vocals on Hey Ya) .

She has gained a reputation for being the female alternative to Prince, and with aplomb she pretty much sticks this up Princes Booty filled Jacksie. big funk driven breaks that hit right from the off recalling a Nile Rogers Chic style production, full of synthed up hand claps and squidgy keys lay the foundations for Monae’s vocal hooks.

It’s an interesting progression for Monae, it kind of screams of early Baduism era Erykah Badu who’s vocals offer a hefty lift on the chorus. it very much has the feel of an artist very much on the cutting front foot. It’s not quite the foot stomping of Tightrope or Cold War but something much more interesting.