Los Chinches – Senorita, Can You Tell 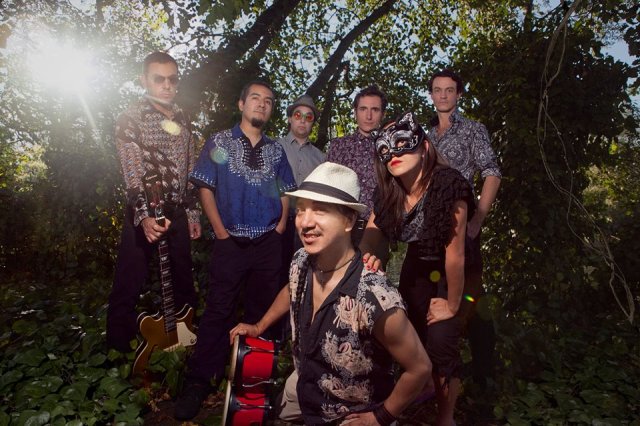 It’s not often that you get a psych rock band from this country that have taken more of an influence from Southern American grooves then the standard Jimi Hendrix tribute acts.  I guess you could say that Los Chinches recreate the sonic feeling of being lost in a jungle, taking the heavily percussive feel from the Latin sound scape and throwing into the mix with 60’s washboard sounding Surf guitars.

What they create is the sort of thing you would expect to hear on a Tarantino soundtrack or on one of Andy Votels compilation mixes, it just feels so much like a fiesta. there arent many bands in the UK that play this kind of mixed up world music, added by the fact that they sing in a mixture of English and Spanish.

To me Los Chinches bring back memories of listening to the Andy Kershaw show on radio 1, like a one world show. Where he would play records from all around the world most would probably come from South Africa but then again he would always dig up some rare 70’s records from the Peruvian forests. This is exactly what Los Chinches successfully recreate without sounding overtly cheesy especially seeing as they formed in London.

Their debut album Fongo is out in April and the band are currently on tour, catch them if you can!.

1 Response to Los Chinches – Senorita, Can You Tell