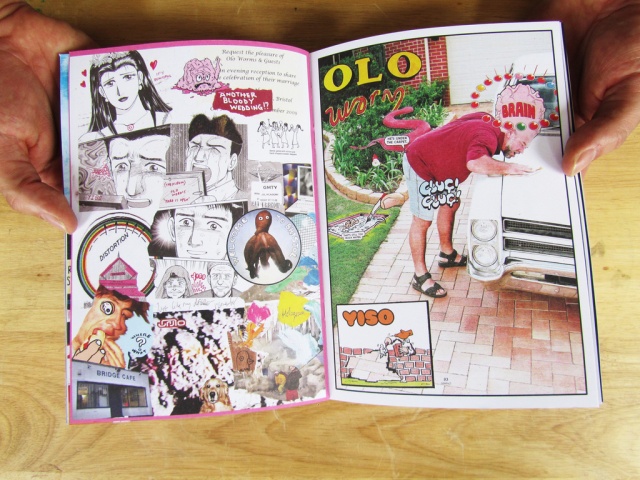 ok its been quite sometime since I last posted on here, this has been largely because I have been gallivanting around at a few festivals and that it takes ages to pick up the proverbial pen and actually write something, especially feeling like as if I am head butting the invisible wall otherwise known as the writer’s block.

But there have been some interesting things stirring in these waters which I doubt many in any form of press or industry would be interested in. One of these such things has been the long-awaited release of Olo Worms début album The Yard Is Open. 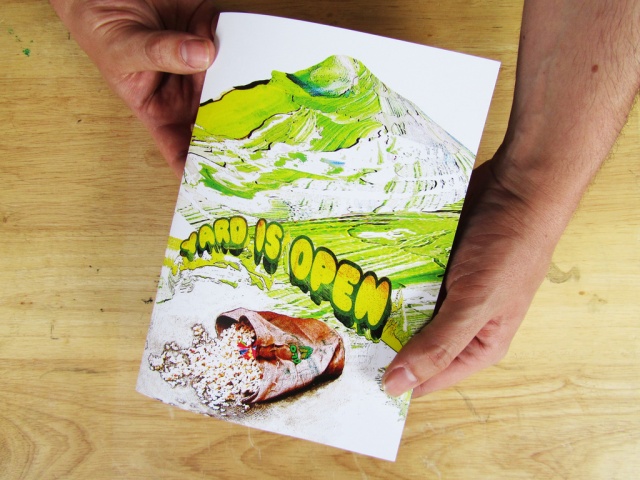 Olo Worms are a difficult entity to try to sum up, they are playful four piece who have always liked to work on the whole experiments and concepts with in pop music, in the past often playing around on house hold objects. The nearest comparison would probably be the Beta Band in the way they have approached the writing and recording process

It’s not really all that surprising that they have  cemented ties through their music with Scottish indie alt folk label Fence records, who’s recent out put has included local acts like Rachel Dadd and Rozi Plain, in amongst some of the finest alt folk/folktronica/neo dance bands in the UK who have been creating very interesting records.

One of the things which drew me straight away was how much emphasis Olo Worms have put on the album being a creative product, it is so much more than an album i mean just to download it and play it on your computer does it no real justice. 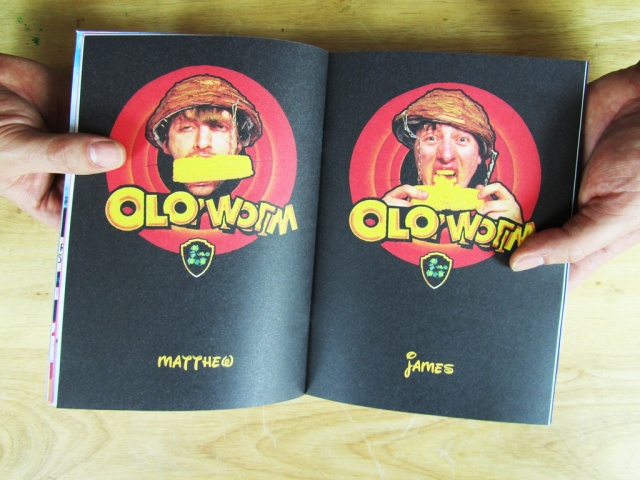 What can I say about it it’s like as if you are buying an artistic fanzine which happens to have a CD attached to it. It’s so much more than just a CD in a case with. i mean it is rare that any band would put this much effort into how it is presented.

The music its self is kind of hard to sum up in words, other than saying it is kind of wonky pop in the same field as the Beta Band for obvious comparisons. I think that is album that really struck a chord with me, partly because it is the kind of record that could only be made in a city like Bristol. It just has an atmosphere and a sense of humour, take Barbershop with the rambled lyrics about wanting to a mop top.

But digging beyond the obvious comparison with the Beta Band then you can hear influences from the likes of Clinic and even a hints of Flaming Lips, The Earlies, Tunng and Talking Heads.

Some times people making music can make music that is just too strait faced, or trying too hard to fit in with whatever scene. This is something That Olo Worms have completely ignored and have decided to create pop music with bizarre complexities, which makes each and every listen a unique experience. As there are many layers to The Yard Is Open, through the clattered samples sometimes build into moments of pure pop moments, this is by no way to say it is exactly an easy listen, but definitely a worthy one. 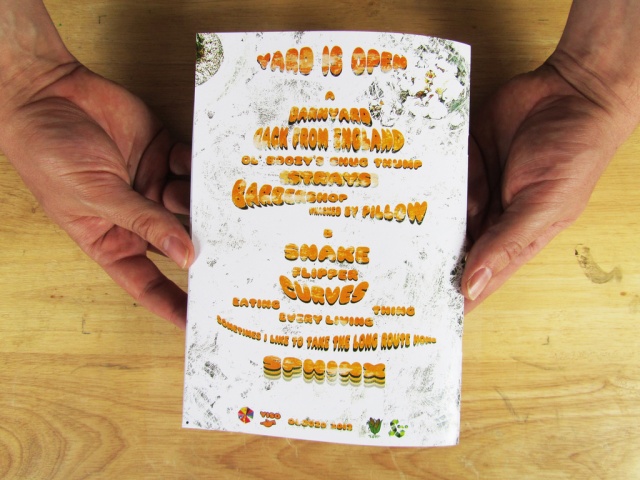